Welcome to my website! I am currently an ITC postdoctoral fellow at the Harvard-Smithsonian Center for Astrophysics: a joint research venture between the Smithsonian Astrophysical Observatory and Harvard University. I obtained my PhD at the Insititute for Computational Cosmology (ICC) at Durham University, where I worked with Prof. Carlos Frenk, Dr. Baojiu Li and Prof. Adrian Jenkins amongst many others. Prior to that, I spent four happy years pursuing a Master's degree in Physics at St.Catherine's College, University of Oxford. My research interests span both cosmology and galaxy formation & evolution, particularly in the context of different models of dark matter and dark energy/modified gravity. Find out more on my Research page! ​

I am very passionate about making our research on the Universe accessible to the public. Take a look at my Outreach page for some of the recent activities I have been involved in. ​

Finally, feel free to contact me at:
sownak.bose [at] cfa.harvard.edu

...or click here if the CV does not show up on your browser. You can find a full list of my publications here or here, if you enjoy ADS's citation metrics.

As astronomers, our job is to make sense of the Universe around us: what it was like at the beginning, how it came to look the way it does at the present day, and (potentially) what its fate could be in the future. Unfortunately, the vast majority of what the Universe is made of - namely, dark matter and dark energy - cannot be detected by us via conventional means. ​

To get around this issue, numerical simulations of cosmological structure formation have become one of the key tools used by astronomers to try and understand the Universe. In short, these simulations allow us to create artificial universes on our desktop computers to then compare to the real thing. Some of the topics I have recently been involved in are described below. 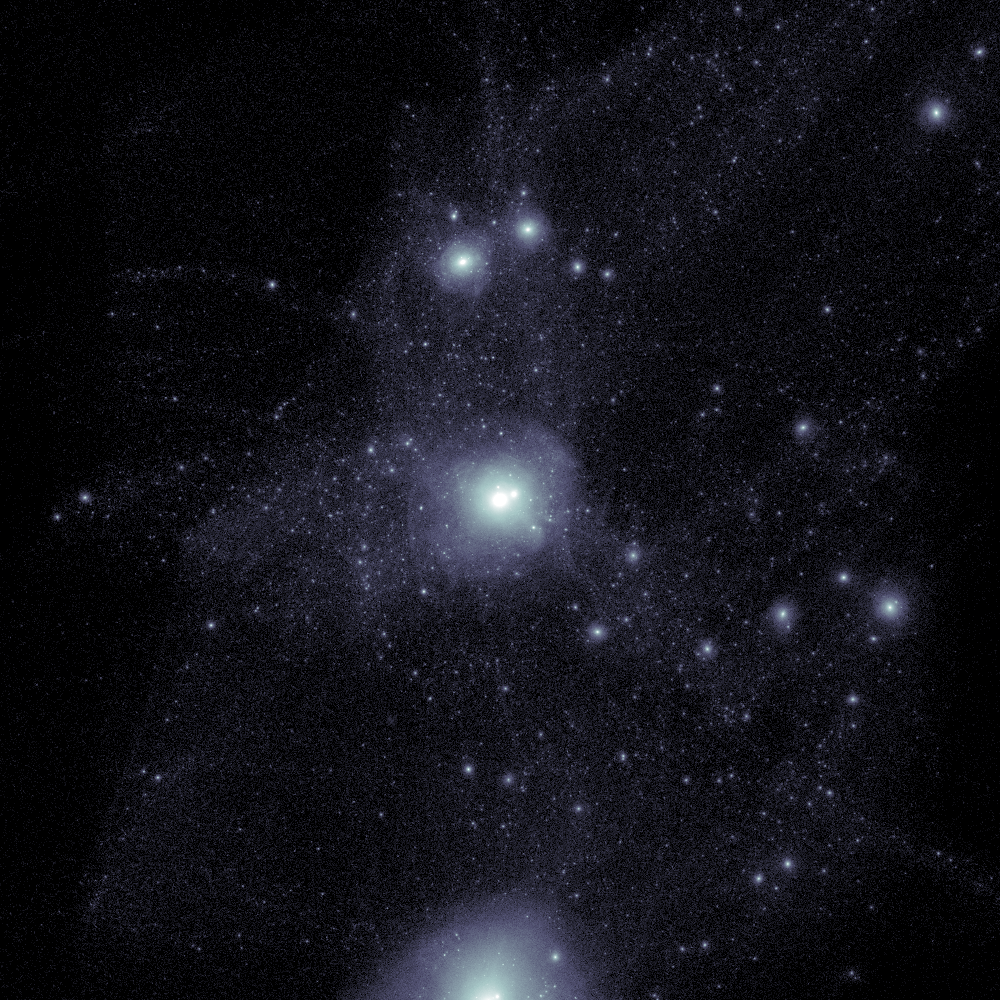 The first structures in a Cold Dark Matter Universe

Understanding the present day structure and distribution of cold dark matter (CDM) haloes is key to dark matter detection experiments. Using the present generation of N-body codes we can, for the first time, simulate the entire CDM mass function: from the largest clusters, all the way down to the scale of Earth-mass haloes. Establishing the CDM concentration-mass relation and its phase-space distribution over 22 orders of magnitude is a computationally challenging, but (hopefully!) fruitful endeavour. (Image: A 100 solar mass CDM halo at z=0.)

While CDM is the leading candidate for the dark matter, there are other well-motivated particle physics models that could be viable alternatives. One such example is a sterile neutrino, which behaves as warm dark matter, and exhibits structure formation that is manifestly different to CDM. Using hydrodynamical simulations like EAGLE or semi-analytic models like GALFORM, we can study galaxy formation in sterile neutrino cosmologies and look for observables that could be used to distinguish it from CDM. (Image: the formation of a warm dark matter halo.) 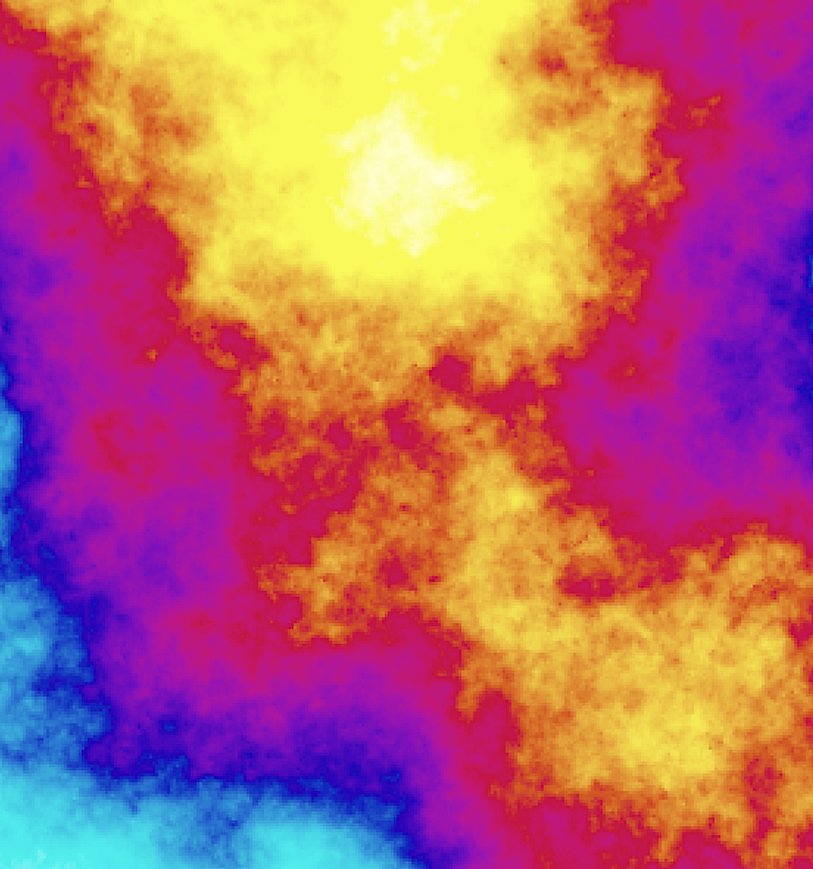 The wealth of cosmological data that will be available from the upcoming generation of surveys could prove key to understanding the accelerated expansion of the Universe. Using the HOD model to create mock galaxy catalogues, we can use the statistics of clustering to distinguish GR from more exotic models of gravity. Weak gravitational lensing is another important tool at our disposal for this purpose. (Image: The Integrated Sachs-Wolfe effect in a cosmological simulation, calculated using RAY-RAMSES, an on-the-fly ray tracing algorithm.)

You can find a full list of my involvement in outreach activities in my CV. I was heavily involved in two recent outreach events with the ICC: the Lumiere Light Festival in Durham (November 2015) and the Summer Science Exhibition at The Royal Society in London (July 2016).

Lumiere, which is the UK's largest light festival, was attended by around 200,000 visitors over the course of four days. Our involvement at the ICC was to create "The World Machine" - the story of the birth of modern cosmology told through a movie projected on Durham Cathedral. You can see the full show in the video below.


The Summer Science Exhibition, which is held annually the Royal Society in London attracts over 10,000 members of public in a week-long celebration of science. The ICC's exhibit, titled "Galaxy Makers" gave visitors a chance to build their own galaxy (or universe!) using different quantities of "dark matter", old and young stars, and even black holes. There was also the opportunity to fly-through the simulated EAGLE universe using an Oculus Rift, which proved to be one of the most popular attractions for visitors. A 2D version of the fly-through can be seen in the video below. You can also have a go at building your own personal galaxy or universe at the Galaxy Makers website!